IN THE BEGINNING this deceased gray whale was spotted in Halibut Cove Lagoon, on June 22, 1999. The whale carcass was retrieved and hauled to a nearby beach. 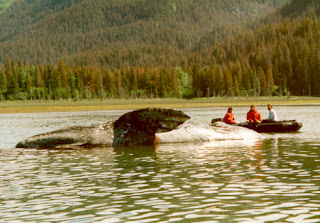 Over 50 community volunteers generously donated their time (during a couple very busy summer days) to help butcher the whale so its skeleton could be salvaged for a future exhibit at the Pratt Museum. 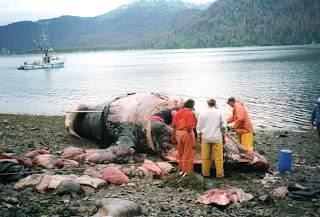 Post-cranial fleshed-out parts of the whale were put in crab pots and lowered to the floor of Kachemak Bay where sand fleas, bottom fish, crabs and microbes nibbled away at the remains of flesh, cleaning up the bones. 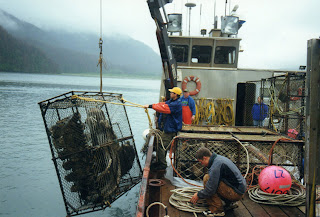 The baleen was taken to the Museum's bone yard for drying and cleaning, and the skull was submerged under a dock for safekeeping and critter cleaning. The salvage was completed on August 10, 1999. The flippers were buried in a raised bed behind the Museum for burial cleaning. The clean bones of the flipper were dug up in 2001. 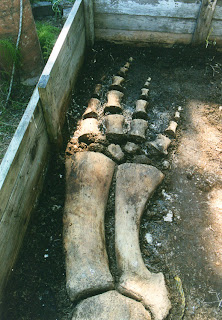 The cleaned bones of the skeleton were placed in protected areas to be bleached by the sun. The bones were then placed in storage. 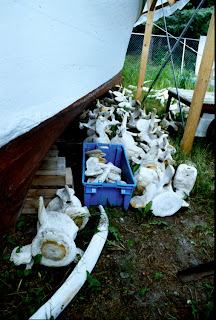 It is now 2012 and the time has come to bring the skeleton of this gray whale back to life during the months of July and August, once again with the help of  community volunteers. The skeleton will be hung for display at the Pratt Museum in January, 2013.